Phantom Advisor was a special group of Standish Analysts, IT executives, and notorious consultants that conducted a research project on how the big consulting firms manipulated their customers to maximize their fees and revenue. The Phantom Advisors conducted interviews, focus groups, and surveys to come up with a list of 21 common activities that consultants use to maximize revenue. The research was conducted in the spring of 1997 long before the book and HBO series “House of Lies”.

The Phantom Advisor suggests lying is the stock and trade of many vendors.

The Phantom Advisor suggests over promising is trick of vendors.

The X Factor: refers to the difference between what the consultant initially bids to win the contract, and what is ultimately delivered to the client.

10. The Hunt: includes two primary flavors 1) expansion of the existing project and 2) creation of follow-on projects. A consultant is trained always to be alert to new business opportunities.

11. The NIH Syndrome: is the Not Invented Here Syndrome is the common, adverse reaction associated with the development community to the idea of purchasing packaged, off-the-shelf solutions rather than coding proprietary, in-house applications.

12. The Boomerang Effect: is simply stated, it always comes down to what is in the contract. When assigned to a new project, the first thing a consultant receives is a copy of the project "bible," the contract.

13. The Tie That Binds:  is the fear of releasing consultants that maintains some client/consultant relationships long after they would otherwise be terminated.

P14. For the Good of the Project

14. For the Good of the Project:  is a mantra that the consultant when they have no logical reason to make a change that increases scope, time, and cost.

15. The Rose Colored Glasses View: is consultants are eternally optimistic, always viewing their glass as half-full versus half-empty.

16. The Bungee Cord Paradox: If consultants are as flexible as they purport to be, why are natural changes in the business climate and direction more manageable and less costly with in-house resources?

17. Blaming the Victim: is the practice of holding the client responsible for everything that goes wrong with the project, particularly if it ultimately fails.

18. The Pre-Sale Fiasco: is the appeal of getting a discount by getting in on the ground level has been used with consumers successfully in a variety of industries, notably residential construction.

19. Fanning the Flames: refers to behavior that occurs when the "rose colored" glasses are removed, and project problems are exposed.

2. Divide and Conquer: is bidding on the project in phases is a commonly used technique. As the consultant finds ways to expand each successive phase, the deal becomes more and more profitable.

P3. The Bait and Switch Game

3. The Bait and Switch Game: Wow! These guys are impressive! Did you see the credentials of that project manager?

P4. The Go Around

4. The Go Around: is the practice of bypassing equivalent level client contacts, and going directly to client executives to resolve disputes or for required (albeit potentially less than fully informed) decisions on project issues.

5. Caesar Complex: is the natural consequence of outsourcing projects to consultants.

6. Emperor's New Clothes: is modeled after Hans Christian Andersen tale of a vain and gullible monarch who, through a combination of his own vanity and selective vision, the persuasiveness of a tailor, and the reticence of his loyal subjects to candidly advise him, paraded through his kingdom totally naked.

7. Conflicting Goals Dilemma: is a fundamental conflict between the goals of the consultant and the client's goals.

8. Dilution of Intellectual Capital: is the use of consultants involves a tremendous amount of information sharing. Consultants must learn everything there is to know about the client's business to the extent (usually in-depth) required for the project.

P9. Sleeping with the Enemy

9. Sleeping with the Enemy: refers to benefits your competitors accrue thanks to the knowledge and experience your consultants learned on your project.

The Phantom Advisor suggests you try to find trustworthy vendors. 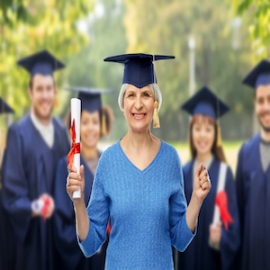 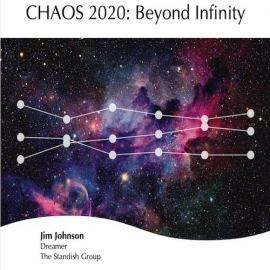