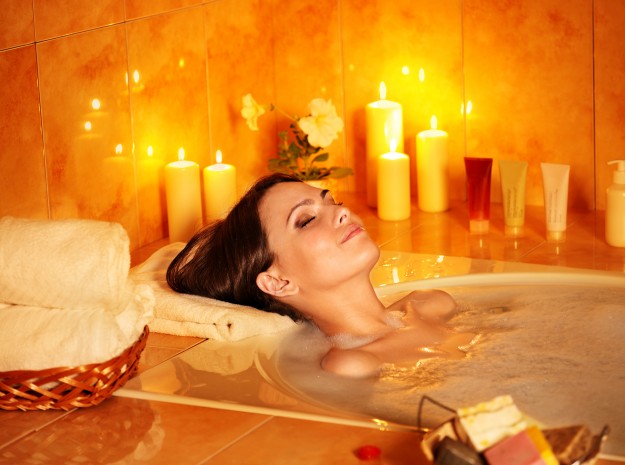 SPA standing for “Search Preceding Adviceblogs” There are over 2,000 current Adviceblogs (AKA microblogs) in the Advice Database. The database has an easy key word search and subject matter designation.  Using the keyword “Sponsor” we found 545 entries or over a quarter of the adviceblogs. In SPA Week we will present 5 SPA samples of the Adviceblogs using this key word “sponsor”.  One per day over the SPA week.  Do your own search on the adviceblogs.

AI and the Project Manager 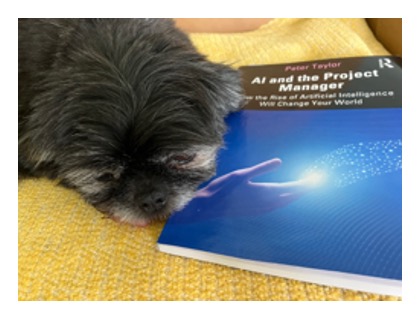 In this show we discuss artificial intelligence and machine learning (AIML) in the project management profession.Our guest of this show is Peter Taylor author of a new book titled “AI and the Project Manager: How the Rise of Artificial Intelligence Will Change Your world”.  In this program we will discuss the overview of the book. We talk how AIML will drive projects in the future.  In addition, we talk about what PMs do when AIML takes over projects.  Will projects be more successful under AIML? What about the data feeding AIML, and what does it mean for accuracy of decisions?

In this show you will take away:

You can check out this program on our YouTube Channel. 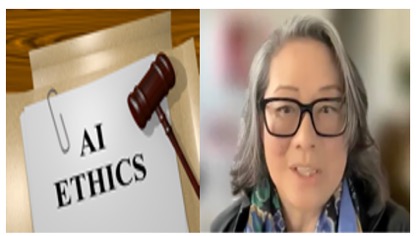 On May 21, 2022, The Standish Group will release Wisdom Wednesday # 11 and CHAOS Tuesday Show # 132.  In this video program we will discuss the concerns on ethical issues around artificial intelligence and machine learning (AIML). Our guest of this show is Minerva Tantoco, a startup founder, author, advisor, and speaker on Ethical AI.  In this program, Minerva will discuss the history of AIML and how this technology can be used for good and how to use it ethically.  Minerva will also discuss some of the ways AIML can be used unethically either intentionally or unintentionally. Minerva has stories of how AIML can be bias because of how you collect the data and use it.  She also talks about how AIML is used for good.

In this show you will take away:

Zoom vs. Room in Five Parts

Next week’s Adviceblog series is titled Zoom vs. Room. 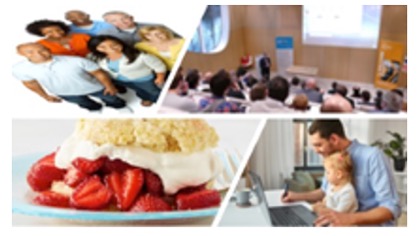 Full Disclosure: Jim Johnson was the first outside investor and alpha user of WebEx over twenty-five years ago. Since then, Jim has hosted, produced, experimented, and participated in thousands of virtual meetings over WebEx, Zoom, Teams and other web meeting tools.  From 1995 to 2017 Jim produced, hosted, moderated, and directed speakers in an in-person, 3-day conference called CHAOS University.  Every year, the conference featured 60 CIOs and IT executives from around the world on improving software and project management. Jim is a frequent Keynote speaker for major conferences around the world. He also has moderated hundreds of focus groups, and workshops. For the last 10 years Jim has been a judge for the American Business Awards (Stevies) in evaluating videos.  Jim’s experience uniquely qualifies him to provide insight into this topic.

If you are not a registered member of The Standish Group you will need join here to read these adviceblogs: https://www.standishgroup.com/registration

Ellen Hancock passed away on April 19, 2022. Over the next week’s Adviceblogs, I will honor Ellen Hancock, a true pioneer of a woman in tech and senior management.  I will not list all 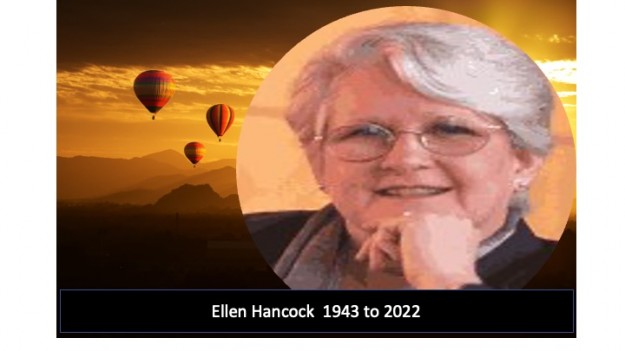 her accomplishments, which were many, in these adviceblogs, but I will focus on stories and lessons I learned from her friendship and leadership examples. I had been working as an outside researcher, educator, and consultant for IBM for a few years on On-line transaction processing (OLTP), performance benchmarks, and high availability systems when I was asked to join IBM Network System advisory board with focus on Open CICS and other Unix Transaction System. This was shortly after I wrote the compressive guide on the state of Open OLTP monitors around the early1990s. This is when I first met Ellen.

It was during this initial meeting, that I challenged her thinking on the subject matter with a frank and sometimes heated discussion.  It was our frankness and questioning of each other’s thinking that blossomed over the next three decades on learning and relearning.  We both had strong views often on opposite sides of the spectrum, for example she was a fierce mainframe bigot and I a strong advocate of open systems.   We clashed on many other subjects, such as religion, politics, and philosophy.  However, it was our love of predictions of markets, organizations, and the technology advancement that we had the most fun.  She would bring out a large jug of white wine, clearly drink me under the table and brainstorm the day away.  When we would come to an inevitable deadlock, she would say “Jim, let’s just agree to disagree and move on to another subject”. My reply was always “I’ll drink to that!”. 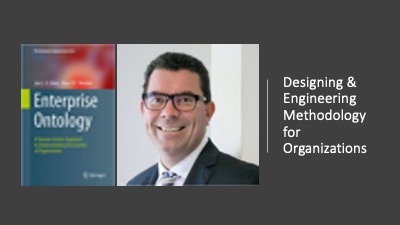 Our guest of this show is Hans Mulder, our European Director of Research. In this program, Hans will define and paint a visual picture of DEMO in Use. He will how many commercial organizations, such building contractor, use DEMO for communications with users, stakeholder, and vendor have a single view of the projects.  He will talk about how people can use DEMO in software projects. Hans will discuss how DEMO captures the human element of a process versus the automatic part of a system process. He discuss how DEMO is an essential tool for Infinite Flow. Note: Hans wrote a book on DEMO, along with Jan L.G. Dietz, Titled “Enterprise Ontology: A Human-Centric Approach to Understanding the Essence of Organisation”

In the meantime, you can watch our other videos on our YouTube Channel:https://www.youtube.com/channel/UC_EU5SvxowiTymjTsy2tf6w

On March 19th we released Wisdom Wednesday # 9 and CHAOS Tuesday Show # 130 which discusses how to deal with a Project Saboteur. Our guest of this show is Dion Kotteman. 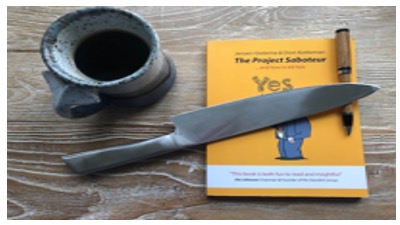 Dion is a former CIO, consultant, and literally wrote the book, The Project Saboteur … and how to kill them. In this program, Dion will define and paint a visual picture of a project saboteur. He will discuss how dangerous a saboteur is to the health and wellbeing of a project. Dion will suggest how people within projects develop into a project saboteur. He will map out the differences and activities of the types of saboteurs.  Mr. Kotteman will provide advice on how to deal with each type of saboteur. Dion also talks about the difference between a whistleblower and saboteur.

In the video, and podcast you will take away:

You can watch or listen to the show by going here:

We just released Wisdom Wednesday # 8 and CHAOS Tuesday Show #129. In this show we discusses the need for technology due diligence. Our guest of this show is David Sturman. 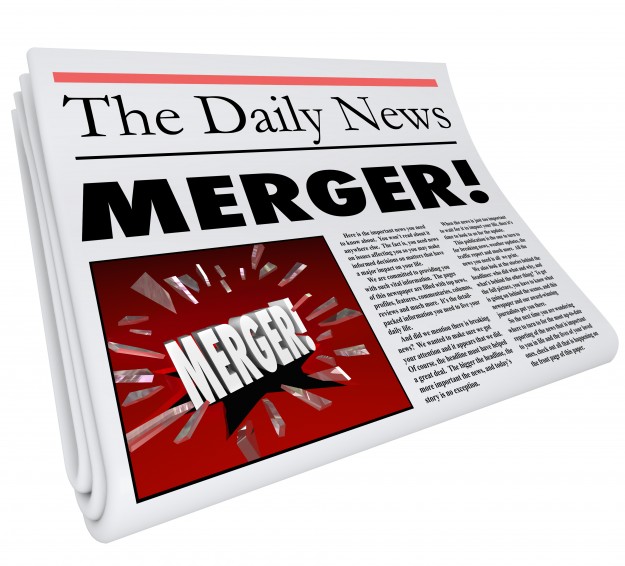 In the video, and podcast you will take away:

·      What is technology due diligence

·      What things you will need for a successful appraisal

·      Who should be involved in the preparation

·      When should you start the preparation process

·      What is the role of the technology due diligence consultant

You can watch or listen to the show by going here:

Happy Valentine’s weekend, hope you enjoy our annual presentation of the true story of Saint Valentine 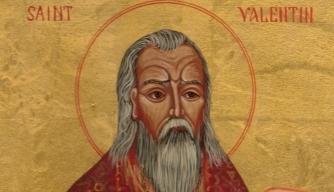 We will be releasing Wisdom Wednesday # 7 and CHAOS Tuesday Show #128 on January 22nd. 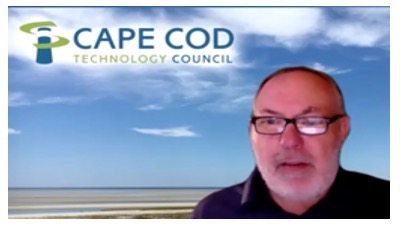 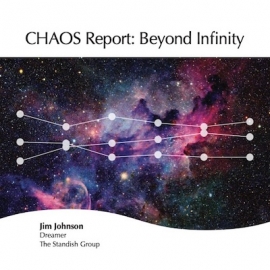 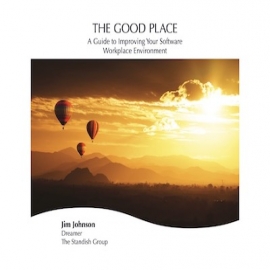 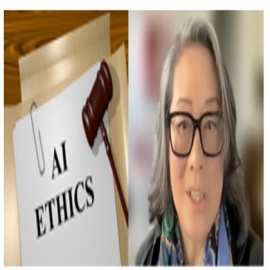